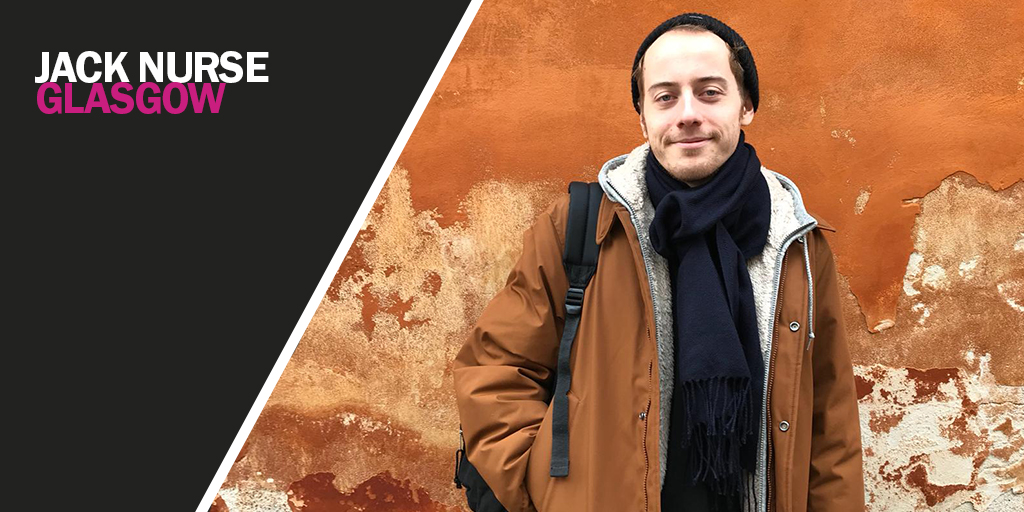 Jack is a director and theatre-maker from Dumfries and Galloway. He co-founded Glasgow-based theatre company Wonder Fools in 2014.