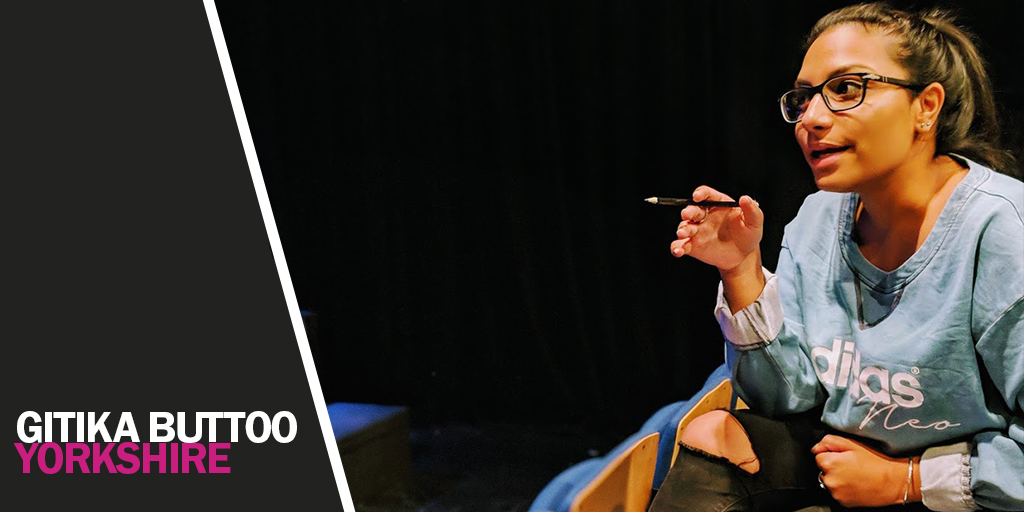 Gitika is a British Indian Director from Yorkshire. She graduated from Liverpool in 2016 with a BA Hons in Drama & English. Winner of the JMK Trust Bursary 2017, she became resident Assistant Director at Leeds Playhouse. She then went on to work for The Octagon Theatre in Bolton as their Participations Director where she was Assistant Director on main house productions and also directed all their youth theatre productions. After directing Beyond Shame for Derby Theatre in 2018, she became the Artistic Associate of Birmingham Opera Company. After one year in post she moved on to work with the National Theatre & CAST, Doncaster on Public Acts 2020. She also works closely with LUNG Theatre, SBC Theatre and Opera North.